Damien Kirwan was awarded his first Irish Cap for representing Ireland at the Special Olympics World Games in Los Angeles by Waterford and Irish Football legend Alfie Hale in a ceremony held in Belmont Park recently.

Alfie Hale brought along one of his Irish International Soccer Caps. Alfie won 14 Senior Caps for Ireland from 1962 until 1973, scoring two goals in that time. Alfie’s name is synonymous with Football around Waterford and Nationally, having played for Waterford United where he won five League of Ireland titles, as well as playing for a number of Clubs in England, including Aston Villa.

Damian is representing Waterford on the Munster Soccer team playing in this years Special Olympics Ireland Games which are being held in Dublin from 14th-17th June. 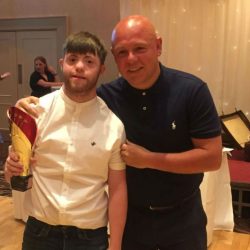 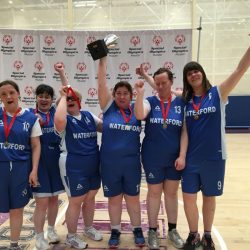 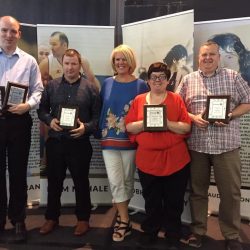 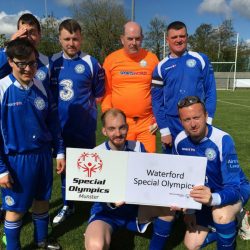